The 2019 One Young World Summit, the global forum for young leaders returned to London for the first time since the inaugural Summit in 2010.

The Tenth Anniversary Summit welcomed more than 2000 delegates from 190 countries to debate, formulate and share innovative solutions to tackle some of the world’s greatest issues. 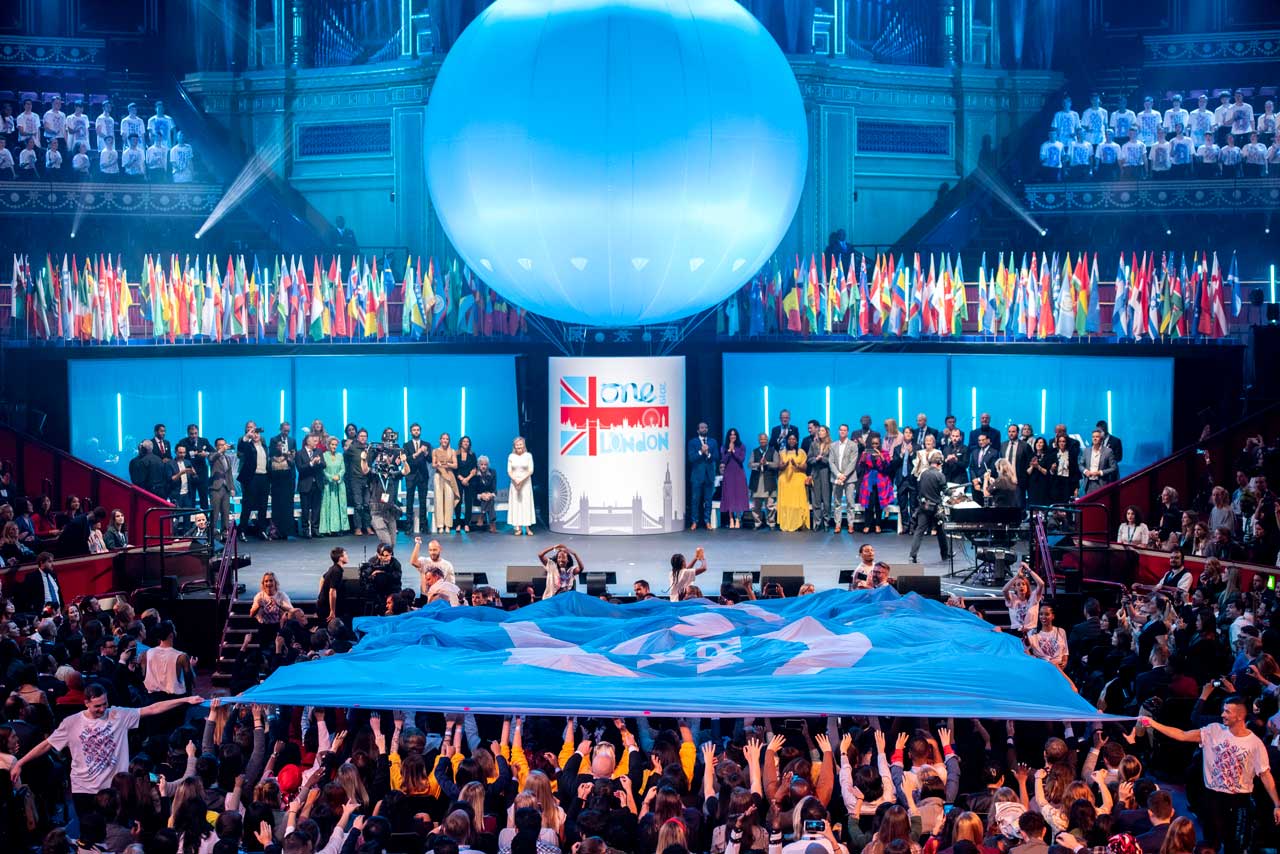 The annual One Young World Summit convenes the brightest young talent from every country and sector, working to accelerate social impact. Delegates are counselled by influential political, business and humanitarian leaders such as Justin Trudeau, Paul Polman and Meghan Markle, amongst many other global figures. 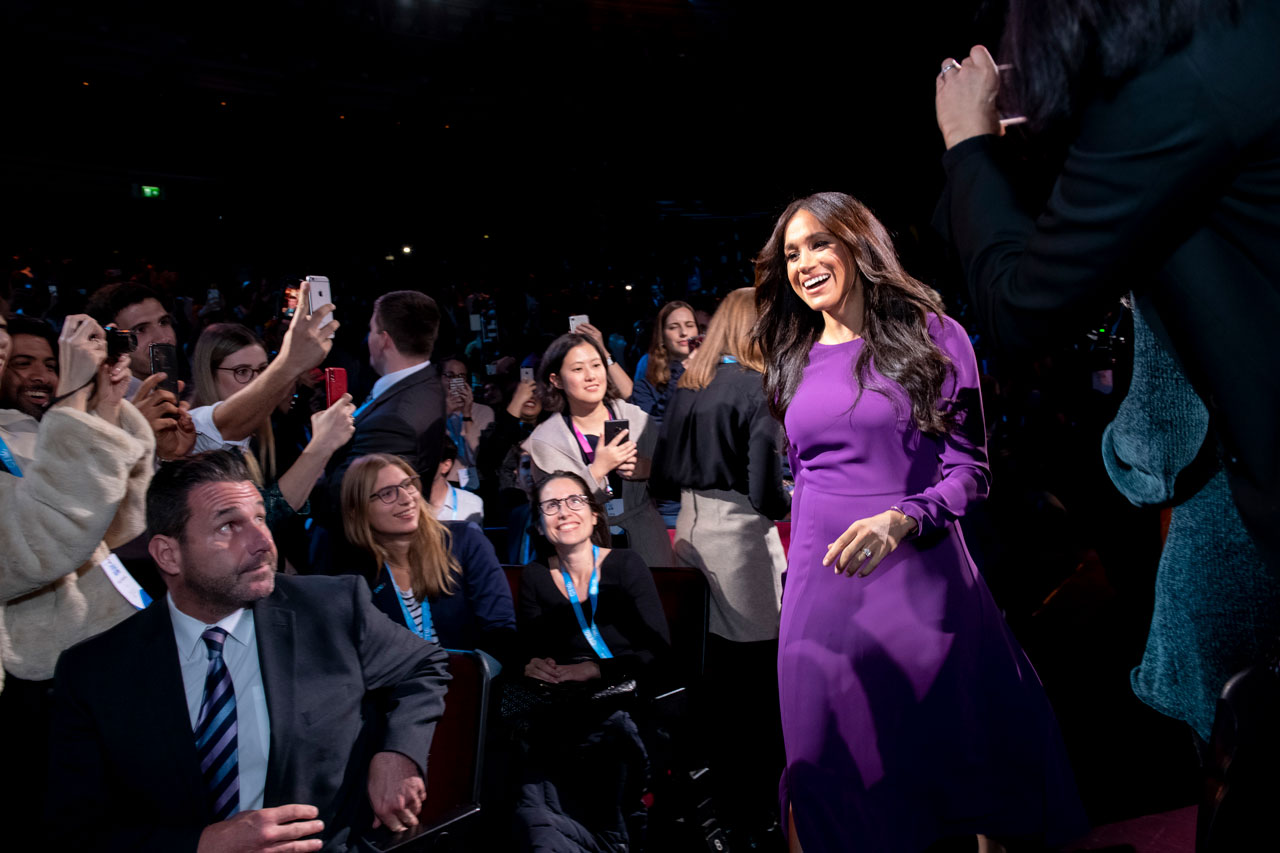 “At the end of the Summit, Delegates become One Young World Ambassadors. They return to their communities and organisations with the means and motivation to make a difference, accessing the global network of 10,000+ young leaders to accelerate existing initiatives or establish new ventures.” Said Kate. 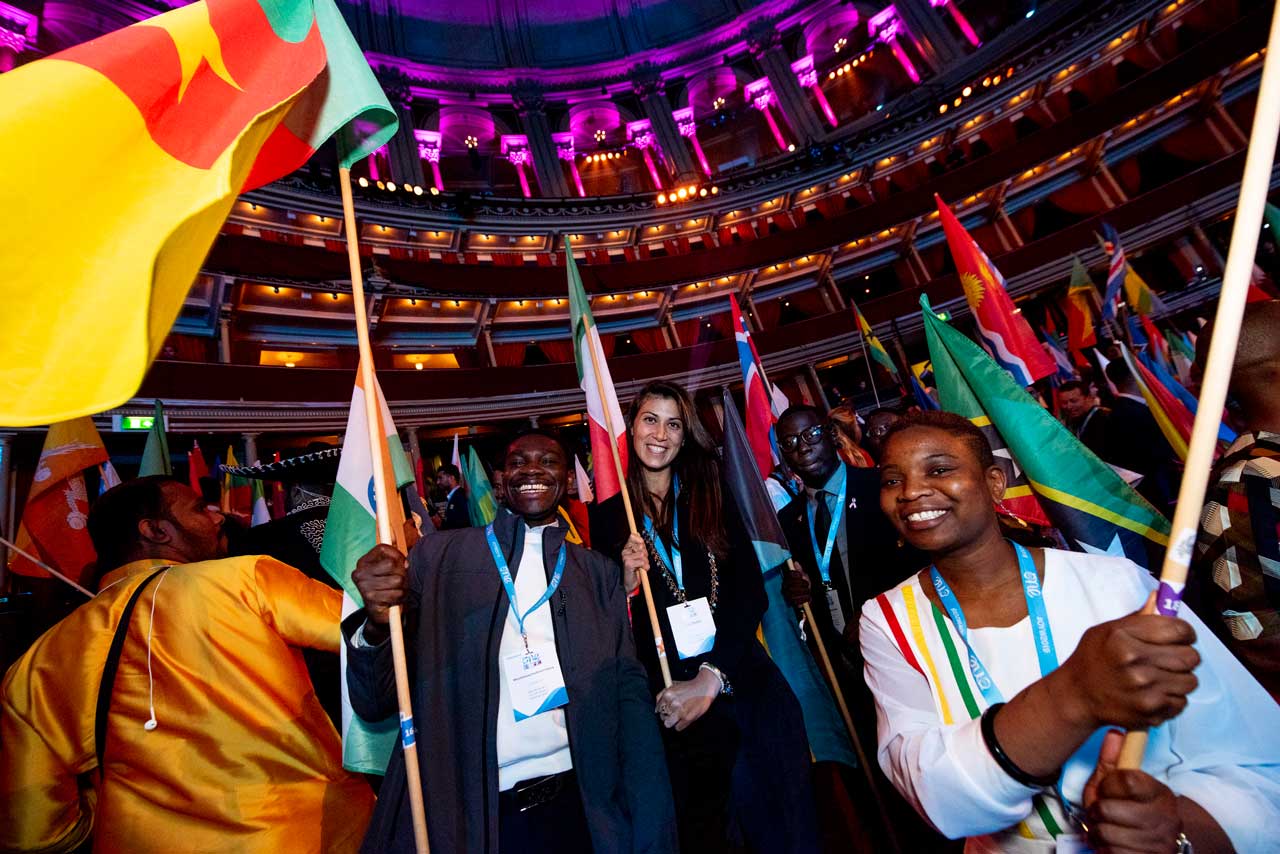 Record attendance, an interactive conference program and a technology solution that ticked all the right boxes, combined to cement the biggest and best summit to date.

Delegates were treated to special performances from artists like Jay Sean and heard from an impressive line-up of speakers including Dr Jane Goodall, Ellie Goulding, Bob Geldof, Richard Branson, and Ban Ki-moon.

Climate action and human rights were just a few of the issues that the summit tackled. Delegates were inspired by energising speeches such as the one by Somali-American model Halima Aden, notable for being the first hijab-wearing model to be signed by a major agency and to appear on the cover of British Vogue. Born in Kakuma, a refugee camp in Kenya, she moved to Missouri aged seven, then finally settled in Minnesota. “No matter where I go, community is what continues to give me hope. Do whatever you need to do to be heard, make a difference, leave a footprint. Never give up hope. Don’t change yourself, change the game.” 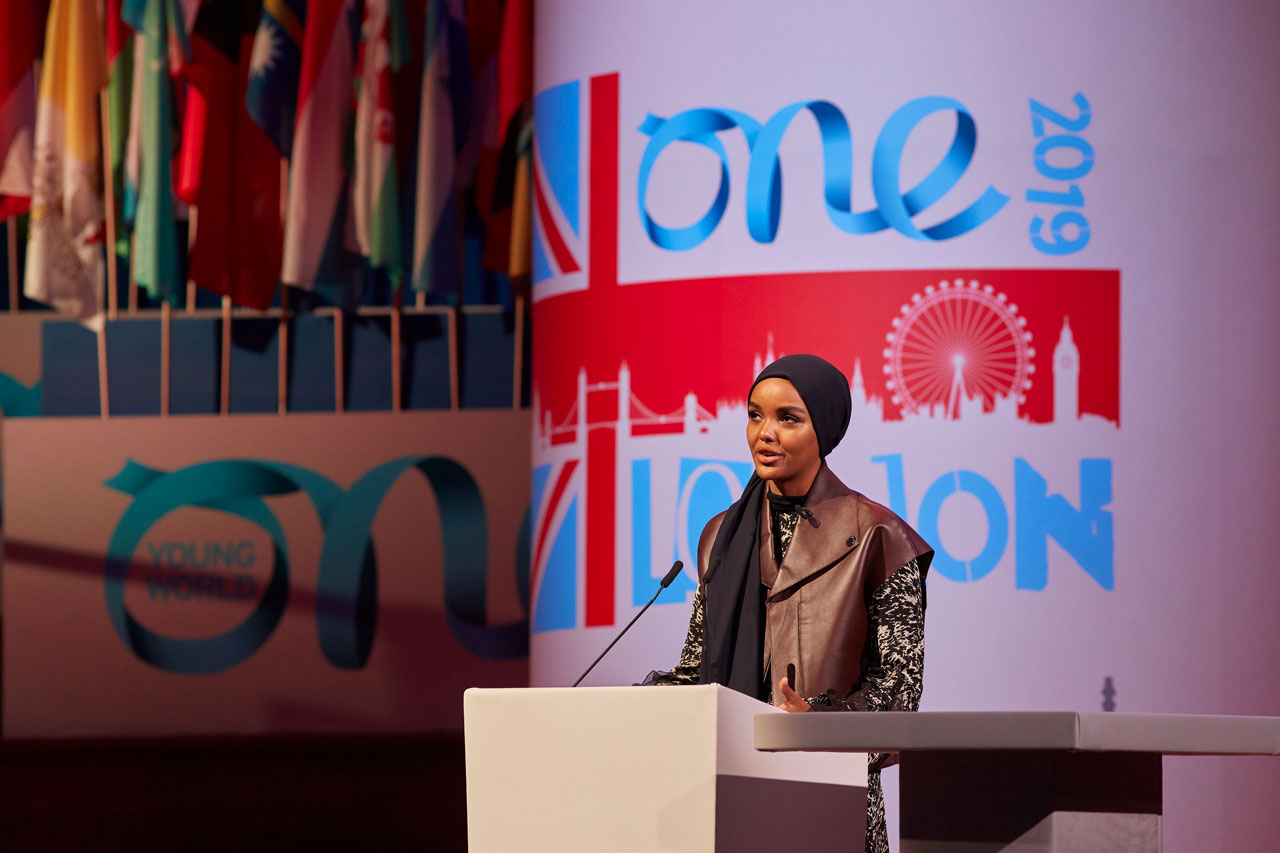 A world-class technology platform and partnership

The Summit organising team wanted a way to easily communicate the four days of speeches, panels, networking functions and workshops.

Ella Robertson, Managing Director at One Young World says “There are substantial logistics to consider at an event of this scale and profile. Key technology requirements for us included:

Chloe Swann, Account Manager at CrowdComms explains the value technology plays in networking “Direct messaging was very popular for the 2018 event and this year group messaging was requested by attendees wanting the ability to network and create groups for like-minded conversations and organising meet-ups.” 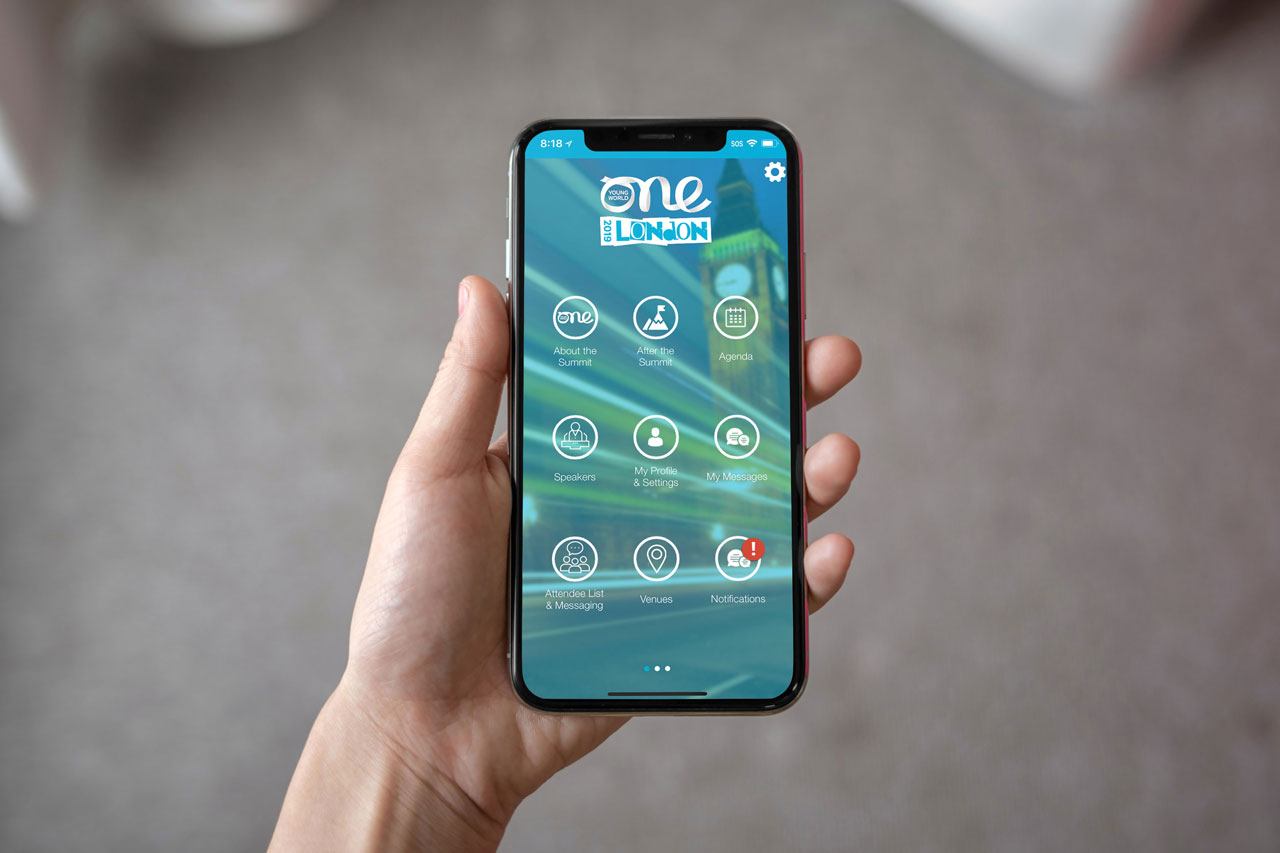 Ella emphasises that having world-class technology like the Entegy Suite was essential for their event. “The One Young World Summit is on a truly global stage with representatives from 190 countries and it’s integral we have world-class technology backing us. The event app was fantastic and extremely well received by our partners, attendees and staff alike. Over 2000 attendees used the app to network and access important event information. The platform is intuitive and fits right into our event operations – it’s a game-changer for us.” 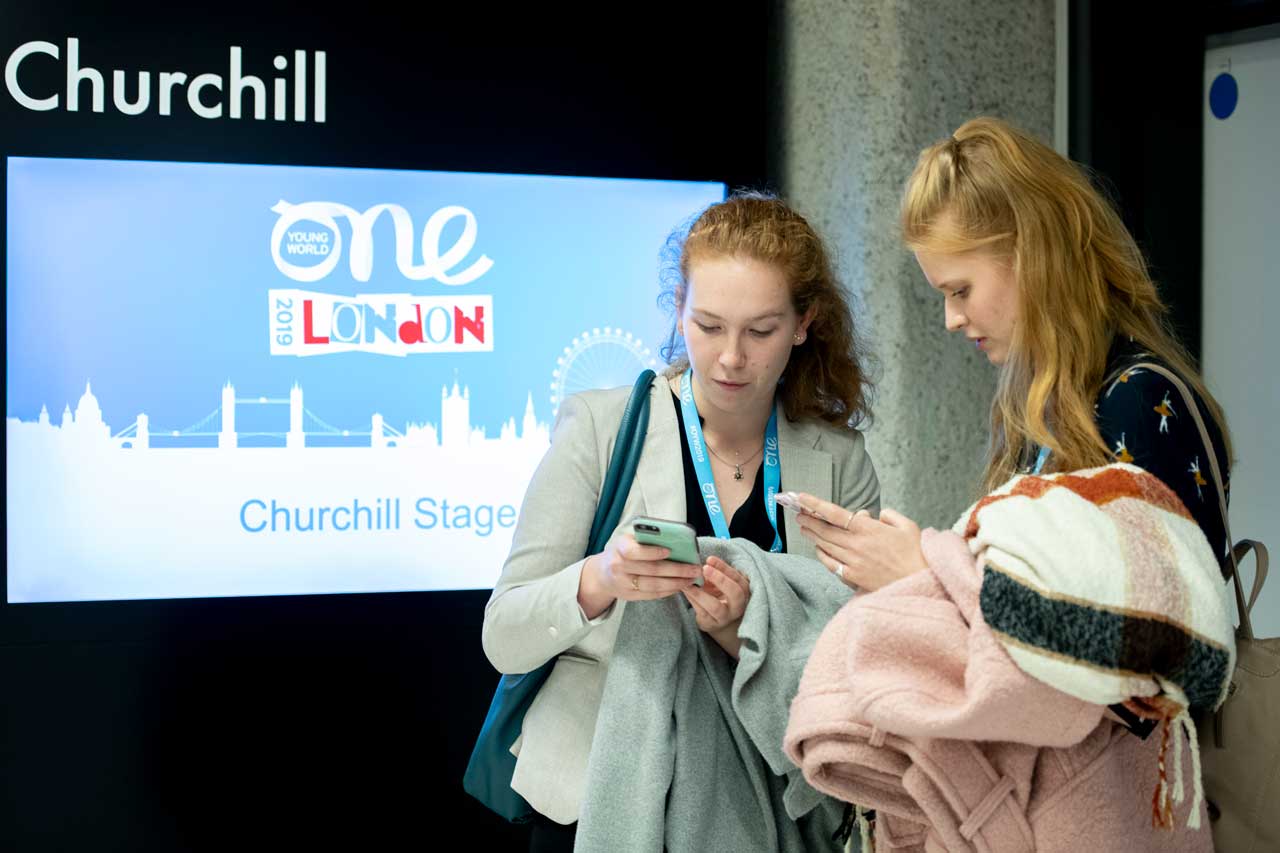 Kate outlines the impact and value of the summit and how it extends far beyond the four-day event. “No other youth-led movement outside of the Olympic Games represents as many nationalities. The new generation is the most informed, most educated, most connected generation in human history. One Young World identifies, promotes and connects the world’s most impactful young leaders to create a better world, with more responsible, more effective leadership.

The Summit itself accelerates social impact by spreading the word through ambassadors and projects such as climate action, clean water, gender equality, no poverty and economic growth, just to name a few.”